Can you imagine the life of Paul Cuffe?

Ray Shaw, a Westport resident and graphic artist, uses watercolor sketches to help visualize the past. His graphite and loose watercolor ‘storybook’ style challenges the viewer to use their imagination to interpret a given subject. 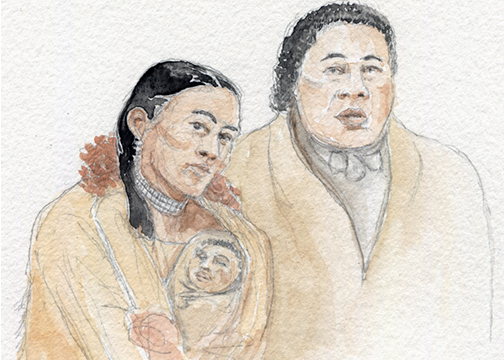 Paul Cuffe’s father, Cuff Slocum, was born free in West Africa. He was enslaved and brought on a slave ship to Newport when he was 11. He gained his freedom when he was 28. Soon thereafter he married Ruth Moses, a Wampanoag woman from Cape Cod and they had 10 children. 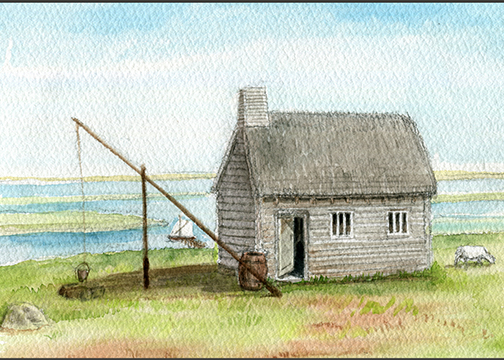 Paul Cuffe was born January 17, 1759, on Cuttyhunk Island, which is part of the Elizabeth Islands south of Westport. His family lived in a house like this. His father used the small sailboat for traveling between the islands and for fishing. 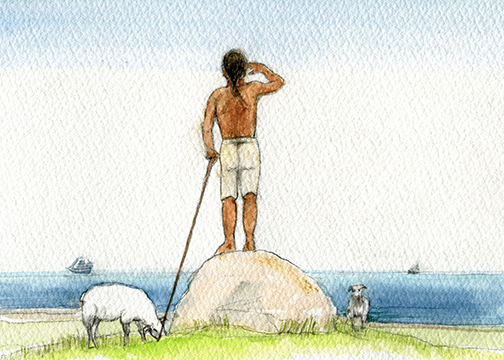 Paul grew up on Cuttyhunk helping his father and brothers tend sheep and catch fish. He learned about boats and sailing. Did he dream of going to sea and becoming a ship captain? 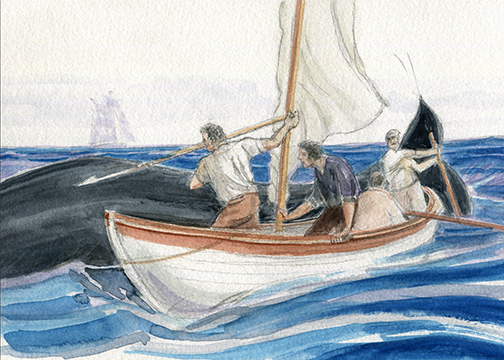 Paul was a crew member on two whaling ships when he was 14 and 16 years old. On a third whaling voyage in 1776, he and his shipmates were captured by the British Navy and imprisoned for three months. 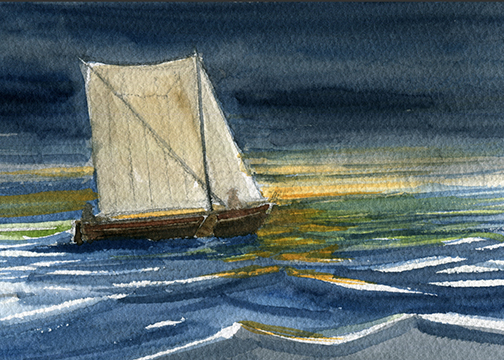 After Paul was released from prison, he used a shallop to secretly deliver supplies to Nantucket which was being blockaded throughout the War by the British Navy. Pirates stopped him twice and stole his cargo and even his boat one time. 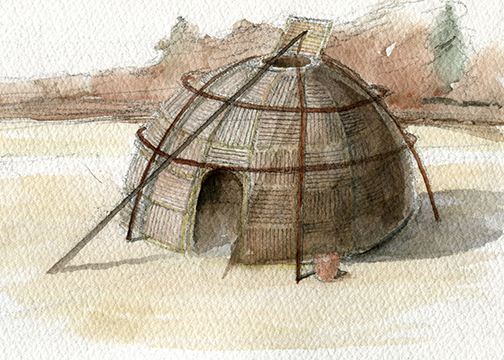 Paul Cuffe married a Wampanoag woman named Alice Abel Pequit. They first lived in a wetu like this near Russells Mills. 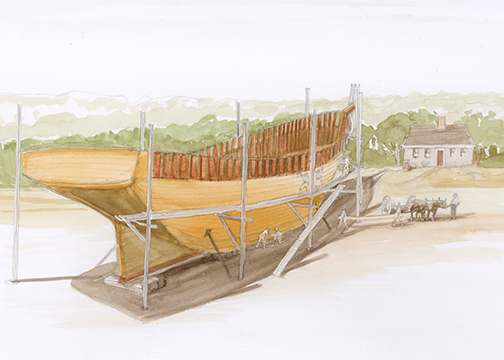 In 1789, Cuffe purchased a small property on the west bank of the Westport River where he set up a shipbuilding business. He built 5 ships. The last, shown in this painting, was a brig named Traveller. It was his favorite ship. He sailed it to Europe and Africa many times. 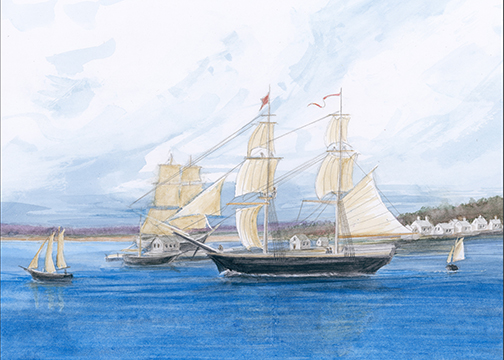 Paul Cuffe was strongly opposed to slavery. In 1810, he sailed past Westport Point in Traveller on his way to Africa. He wanted to see how he might help the African people find alternatives to being sold as slaves. 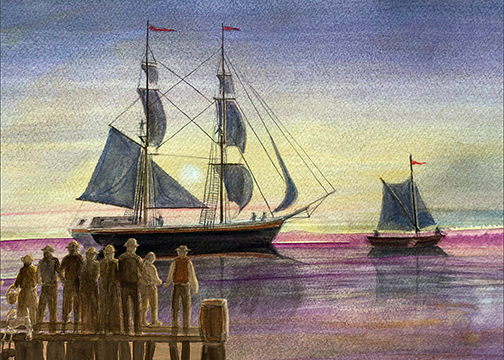 On Traveller, Paul Cuffe sailed from Westport again in 1815 to Sierra Leone carrying 38 free black people who volunteered to go to Africa to help the people of Africa become more productive. 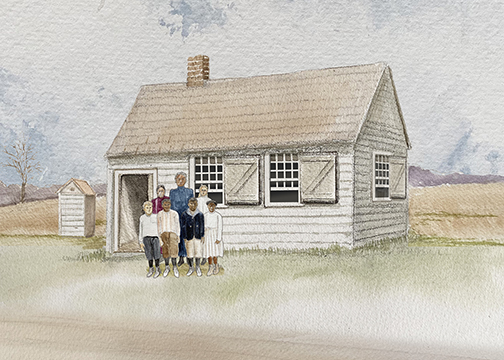 There were no public schools in Westport when Paul’s children were young and he wanted them to have an education. So, he built the first schoolhouse in Westport near his boatyard, hired a teacher, and welcomed any children who wished to attend.